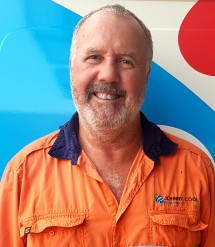 As a licenced electrician, John identified a gap for quality trade services in the Darwin market back in 2009.

Having moved to the Top End from the Queensland coast, John started Johnny Cool with just a mate and his own son as an apprentice. John has grown the company from 3 to over 60 employees at its height.

John still oversees operations each day but rather than spending his time on the tools, John (reluctantly) now spends his days desk-bound preparing quotes, reviewing project scopes, keeping the lines of communication open between the project team onsite and the office, and ensuring quality control is maintained at all times.

His 30 plus years experience in the industry is a valuable and competitive edge for Johnny Cool. 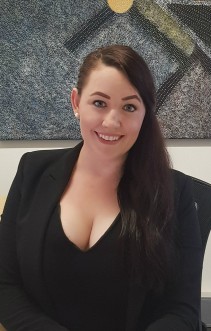 Leisha came to Johnny Cool in 2016 following 7 years in the Securities and Finance sector of a prominent Darwin law firm.

Her experience in the corporate sector, an MBA from the Australia Institute of Business and a Graduate Diploma of Management, has put Leisha in good stead to oversee Johnny Cool's finance, human resources, marketing, and administration departments.

In 2020, Leisha was invited to become a Director of Johnny Cool. Leisha manages the commercial aspects of running the company whilst John oversees the operations.

Like many of the Johnny Cool team, when Leisha isn't at work she likes to enjoy the amazing Top End camping and swimming spots.